The Bandwidth Impact of Apple's iOS 8 Release On Your Network

This week, Apple released its new iOS 8 Operating System for iPhones, iPads and iPods. If you are responsible for running your organization's network, you may have noticed the effects of this, and with any luck your network is still standing! So what sort of bandwidth impact does an iOS update have on your network?

The figures below come from a school in the US with around 3000 staff and students. The school is using Sophos UTM as their web gateway with Fastvue Sophos Reporter importing the logs and generating live reports.

It's a good indication that an Apple update has been released when you start seeing these types of hits clogging up your Top Downloads on the live Bandwidth Dashboard. 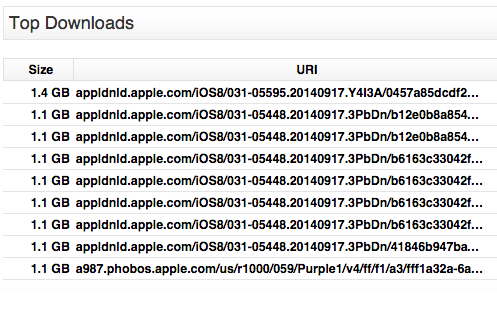 Another indication is when apple.com starts dominating the Top Sites list in the bandwidth dashboard.

To get a baseline of 'normal' bandwidth to the apple.com download site, I first ran an Overview Report for the day before iOS 8's release. The report had a filter for Site 'Equal to' appldnld.apple.com. I then ran the same report for the day of the release.

Baseline - The Day Before iOS 8 Release:

The Day of iOS 8 Release

As you can see, downloads started around midday, spiking at nearly 28 GB around 1pm, then slowly declining throughout the rest of the day. The total bandwidth drain on the day of the iOS 8 release was 88.6 GB. That's 87.4 GB above the norm.

But they don't stop there as not everyone downloaded iOS 8 on the first day.

The downloads are much more consistent throughout the day, spiking at only 7.4 GB at 8am in the morning. The total bandwidth drain for the day after the release was just under 50 GB. Still 48.8 GB above the norm.

Now we know how much bandwidth the downloads are consuming, you may want to know where it is all going within the network. The Filter Actions section of the Overview Report can be very useful here.

You can see that on the day of the release, 57 GB of the traffic is downloaded on the Student's Wireless network, via the BYOD proxy profile.

You can also take a look at the Top Users by Size section to get an idea of how much bandwidth the iOS update consumes per device. In this case it ranges between 1 - 1.6 GB per iOS device. 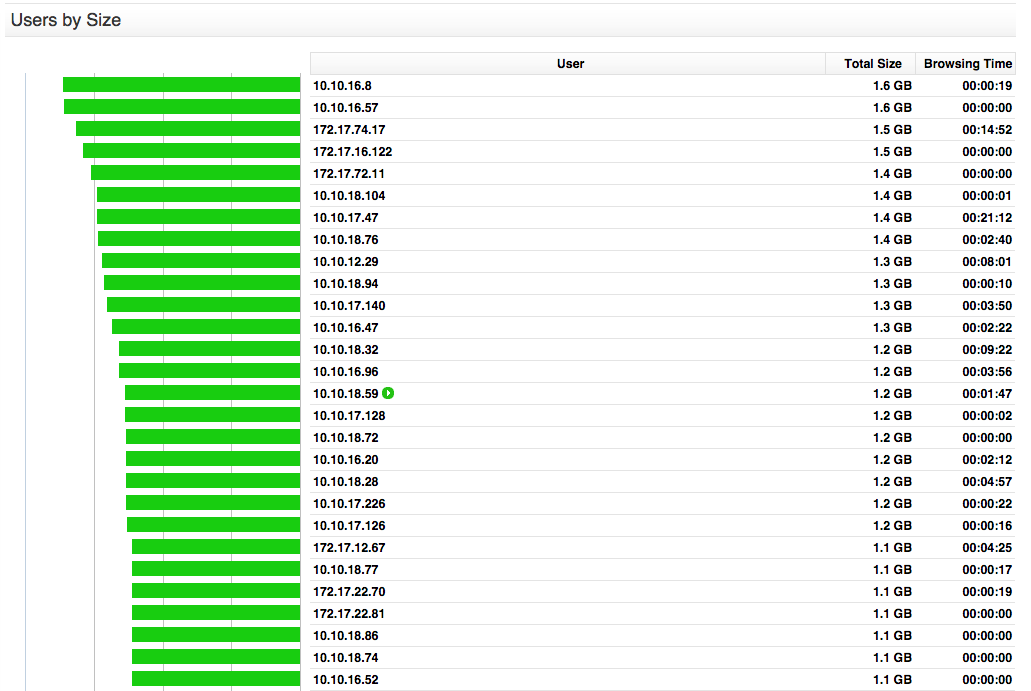 For full details on who downloaded Apple updates and when, run an Activity Report filtered by Site 'Equal to' appldnld.apple.com 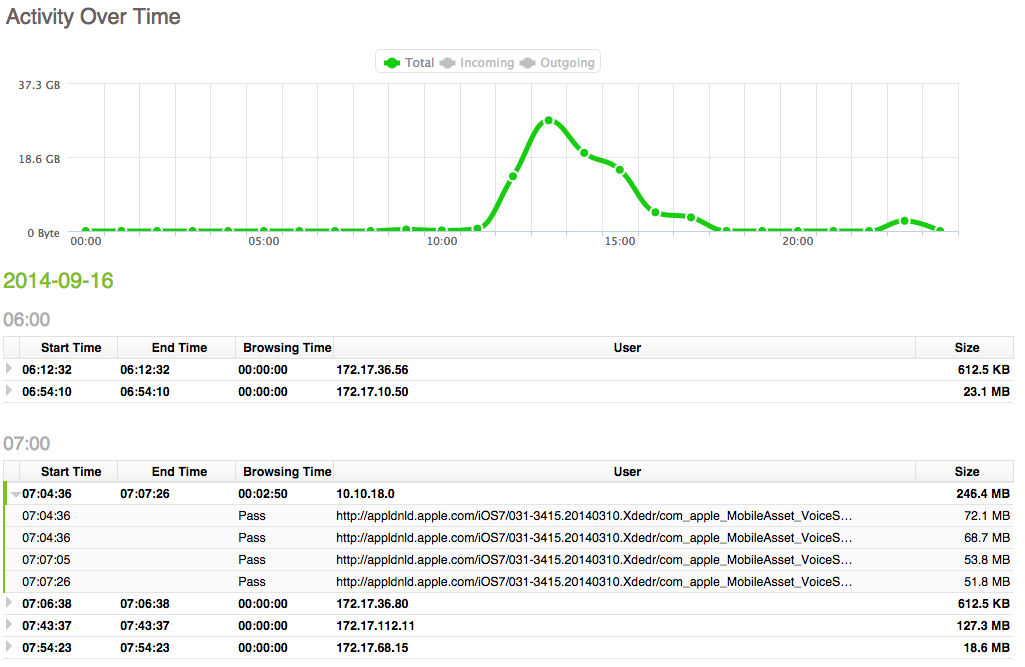 You can actually see the time the URL changed from /iOS7 to /iOS8. 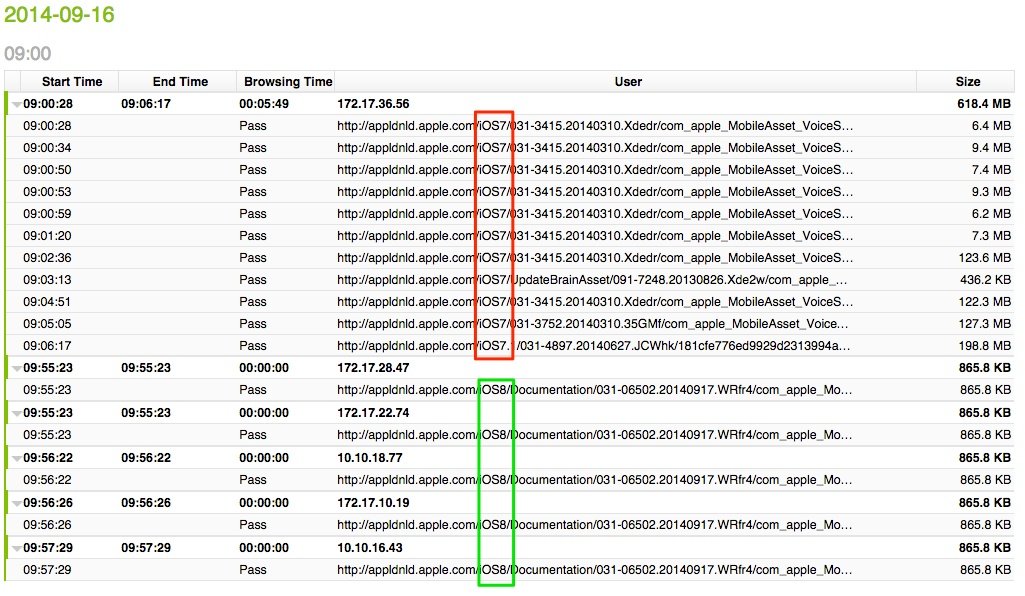 So how much bandwidth does an Apple iOS update cost you? In this school's case, it cost 88.6 GB on the first day, and 49.9 GB on the second day. And I dare say that there will be more downloads to come as all staff and students take their time to upgrade.

If you budget around 1.5 GB per iOS device in your network, spread out over a couple of weeks, you should be fairly close to the money.

If you are concerned about this type of traffic occurring on your network, and would prefer users upgrade their iOS devices at home, create a block policy for appldnld.apple.com in Sophos UTM. Another idea is to create a time-based policy to allow downloads outside of peak working times.

And of course, make sure you're using Fastvue Sophos Reporter so that you can easily check your policy is correctly blocking or allowing only the users, networks and sites that you expect.